Hanging in a courtyard feeling fifteen again; backpacks as goal posts, a scrunched-up jumper as the ball, and mates as divine trinity - players, ref, and crowd. Splintered windows line the walls with ‘NO BALL GAMES’ posing with false authority screwed into brick. Local vandalism sure has something to say to the red and white signs. Disobeying every rule becomes an art form. One-upping each other becomes a game. Who can do better? Who’s braver? Who isn’t scared? The echoing boom of a ball hitting wall becomes the new challenge. Who can kick the hardest? The reverberations a surrounding cheer applauding the one who creates the loudest bang. The winner receives short-lived glory; the next tournament takes over.

Jade Danielle Smith chases and photographs Martin, Mackenzie, and Denon with high energy and reckless laughter, as the boys stir up mischief in all environments. Stealing trollies and climbing telephone poles - their feral need for intrepid escapades shows no remorse. Punches, scrapes, and bruises rooted in their death-or-glory demeanour. The mettlesome schoolboy nature appears in full force when shenanigans linger; testing their unflinching valour with deeds of skylarking. Injury pales in comparison to the solid approval from brothers. Camaraderie fuelled through displays of respect.

BMX'ing to the park surges adrenaline through veins, and licks of freedom release invaluable endorphins. What else are lazy summer Wednesday afternoons for? Nathan Henry styles the lads in outfits suited to their rough and tumble tomfoolery. When soles grow tired and shoulders ache, resting on a grassy bank mimics a grand throne room. Brazen-faced boys enjoying a local order of fish and chips coddled in newspaper, washed down with corner shop energy drinks, parodying an opulent banquet. Martin, Mackenzie, and Denon’s daily audacious actions are almost as menacing as the geese coming for their chips. 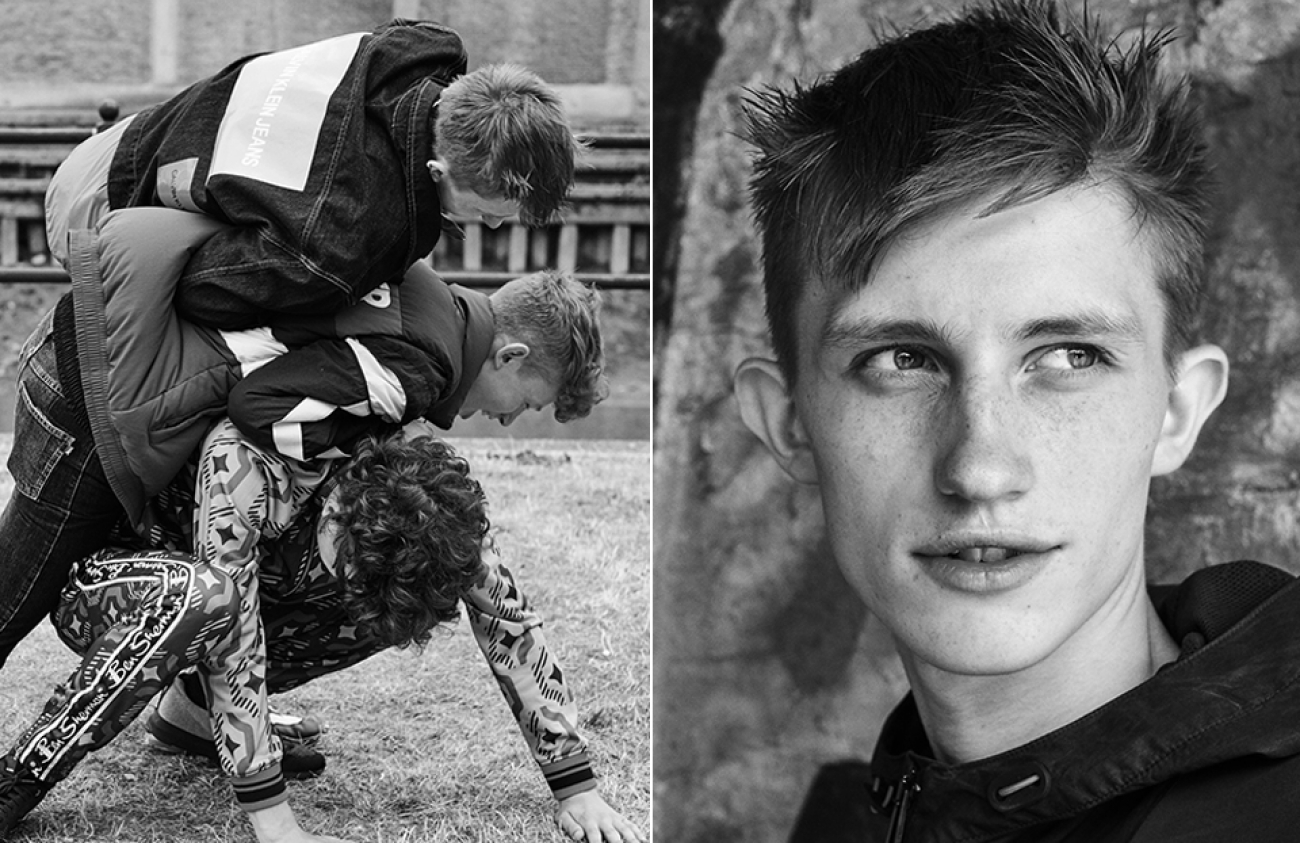 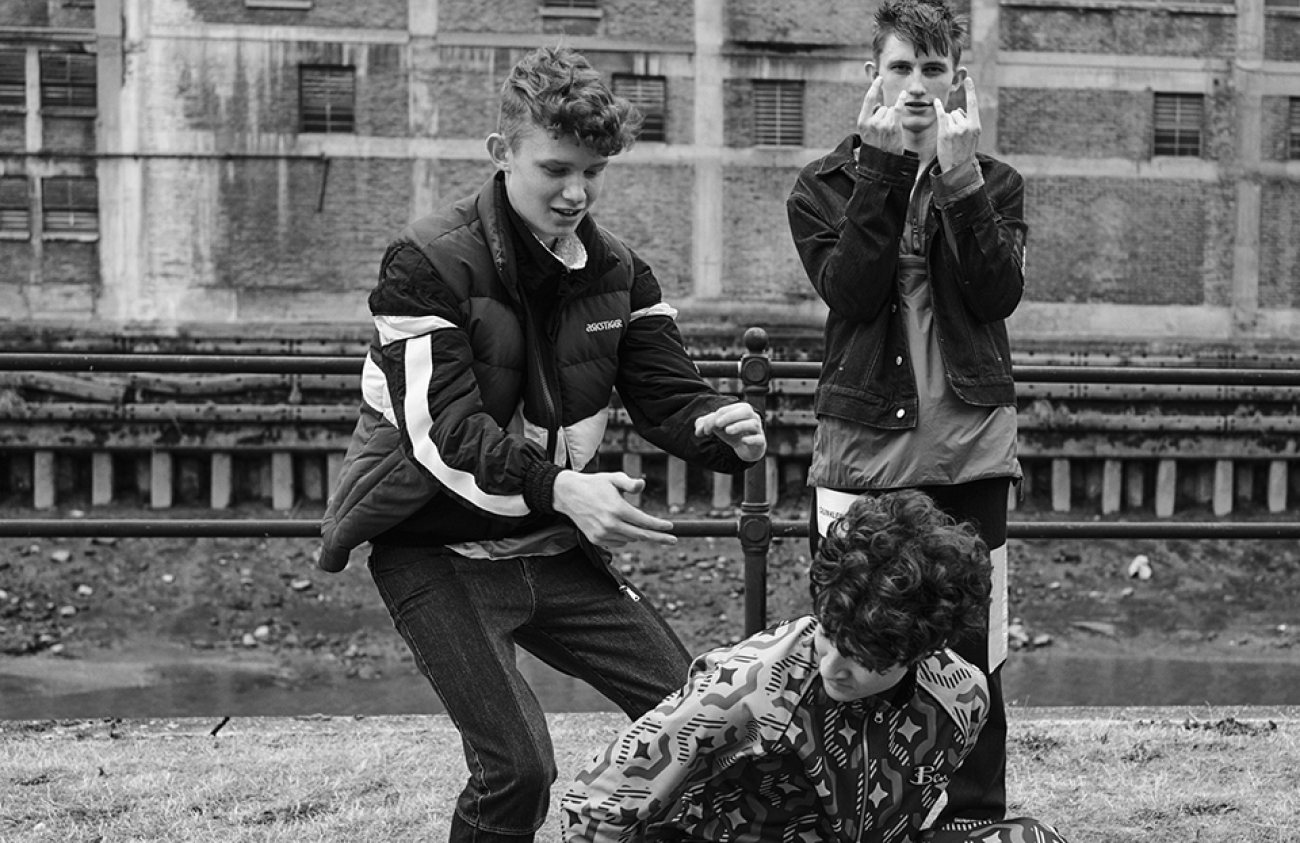 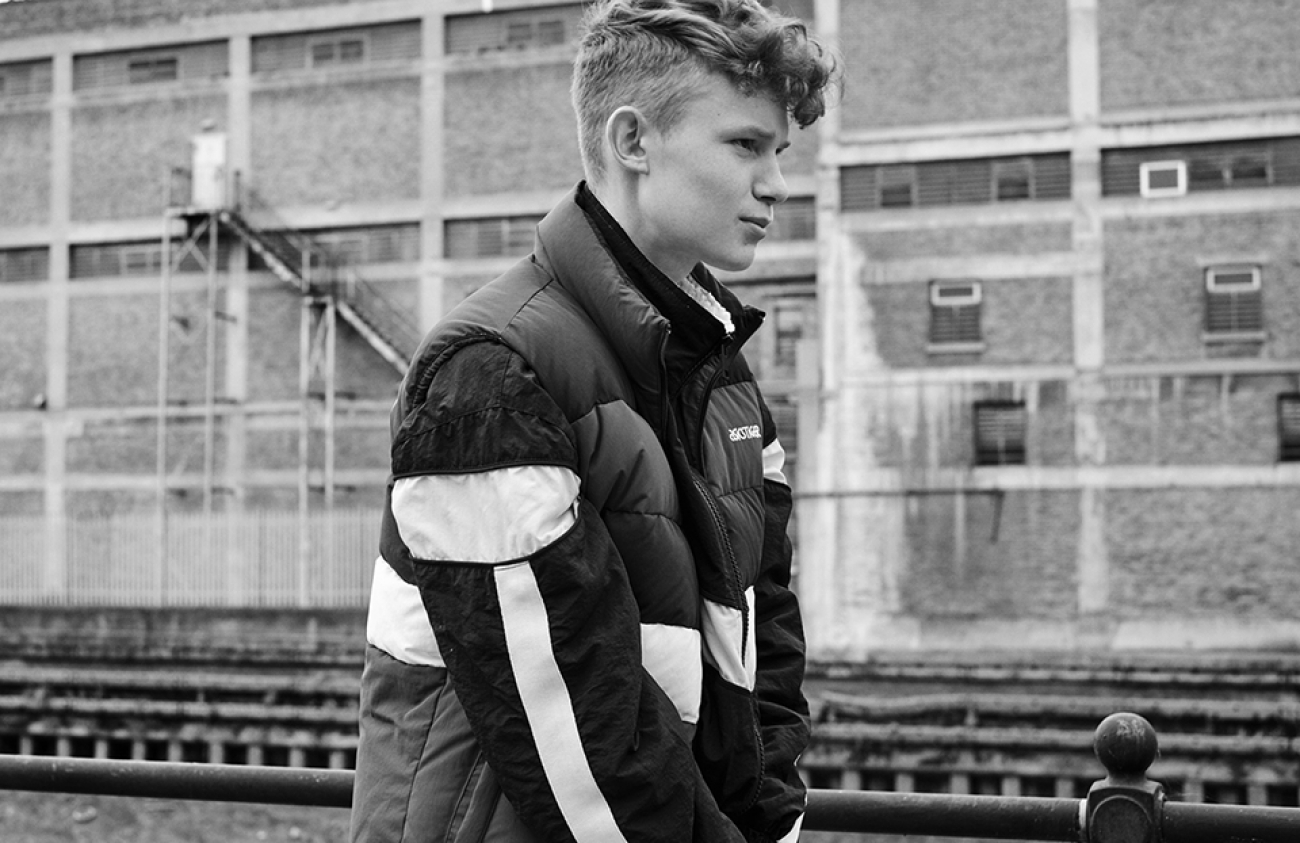 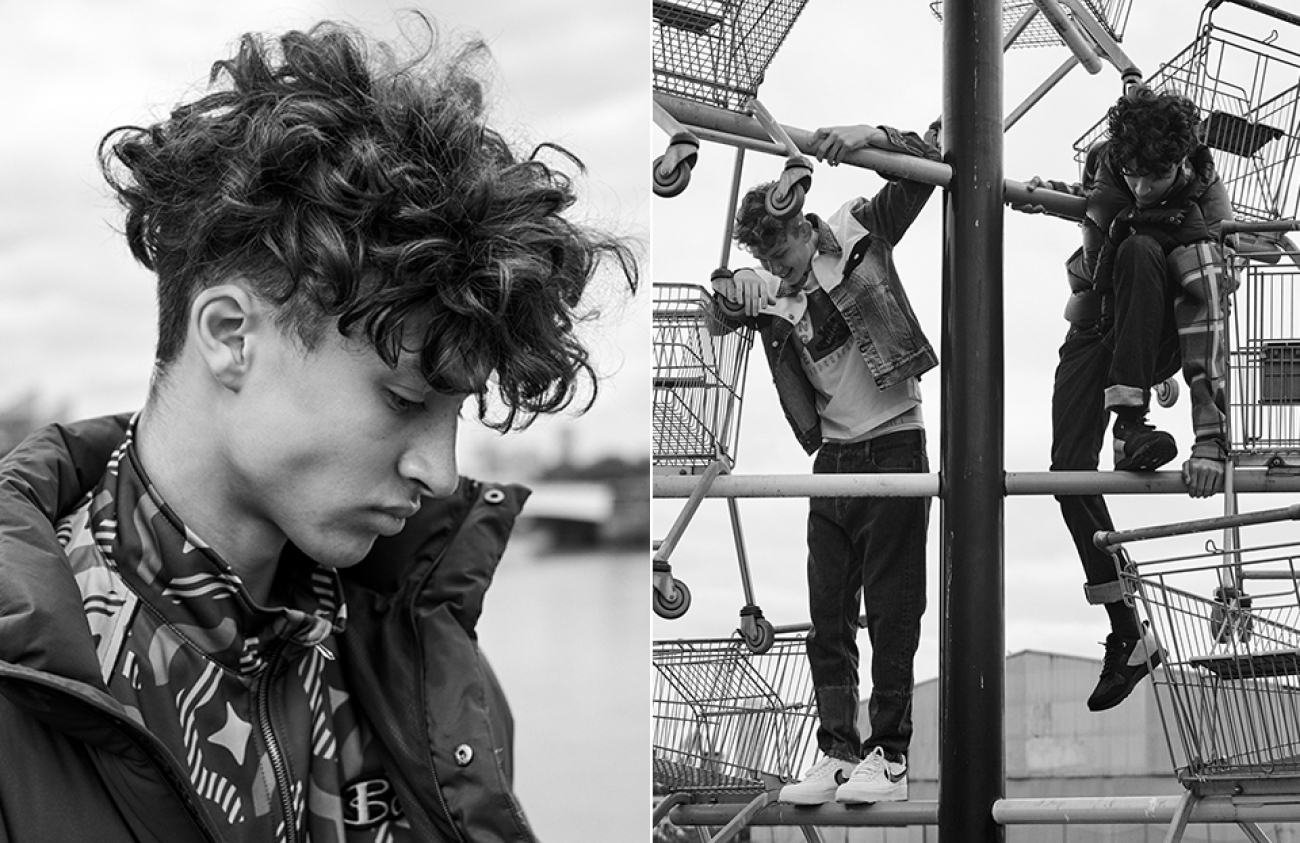 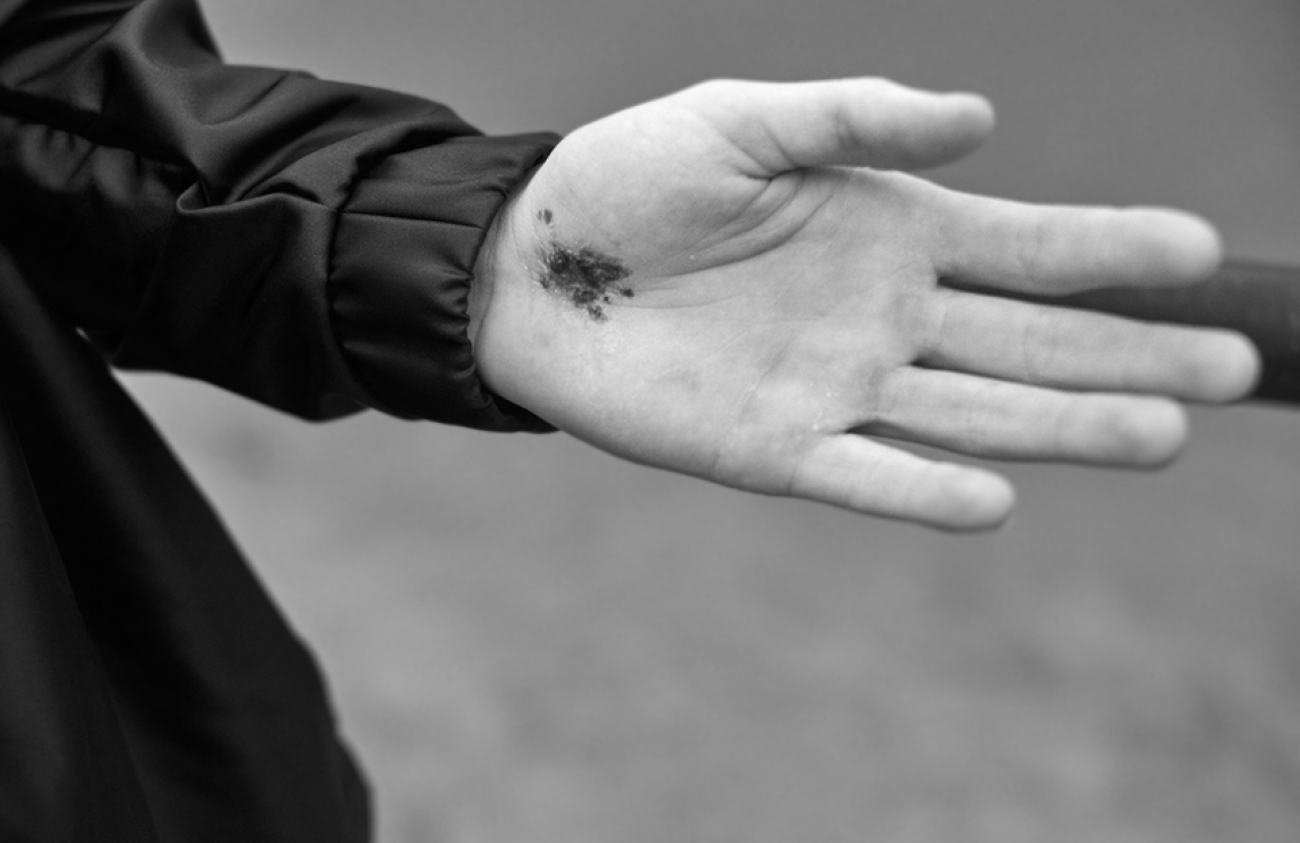 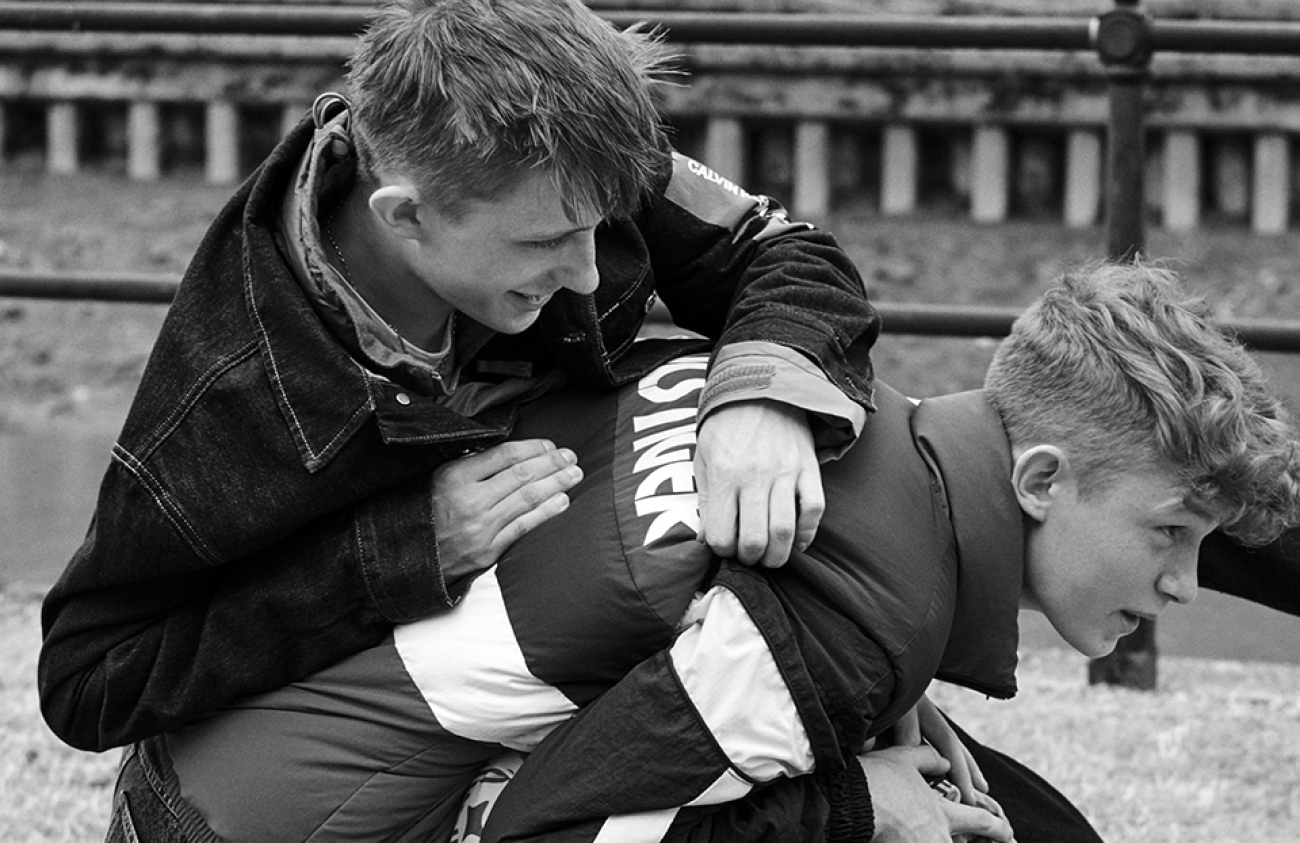 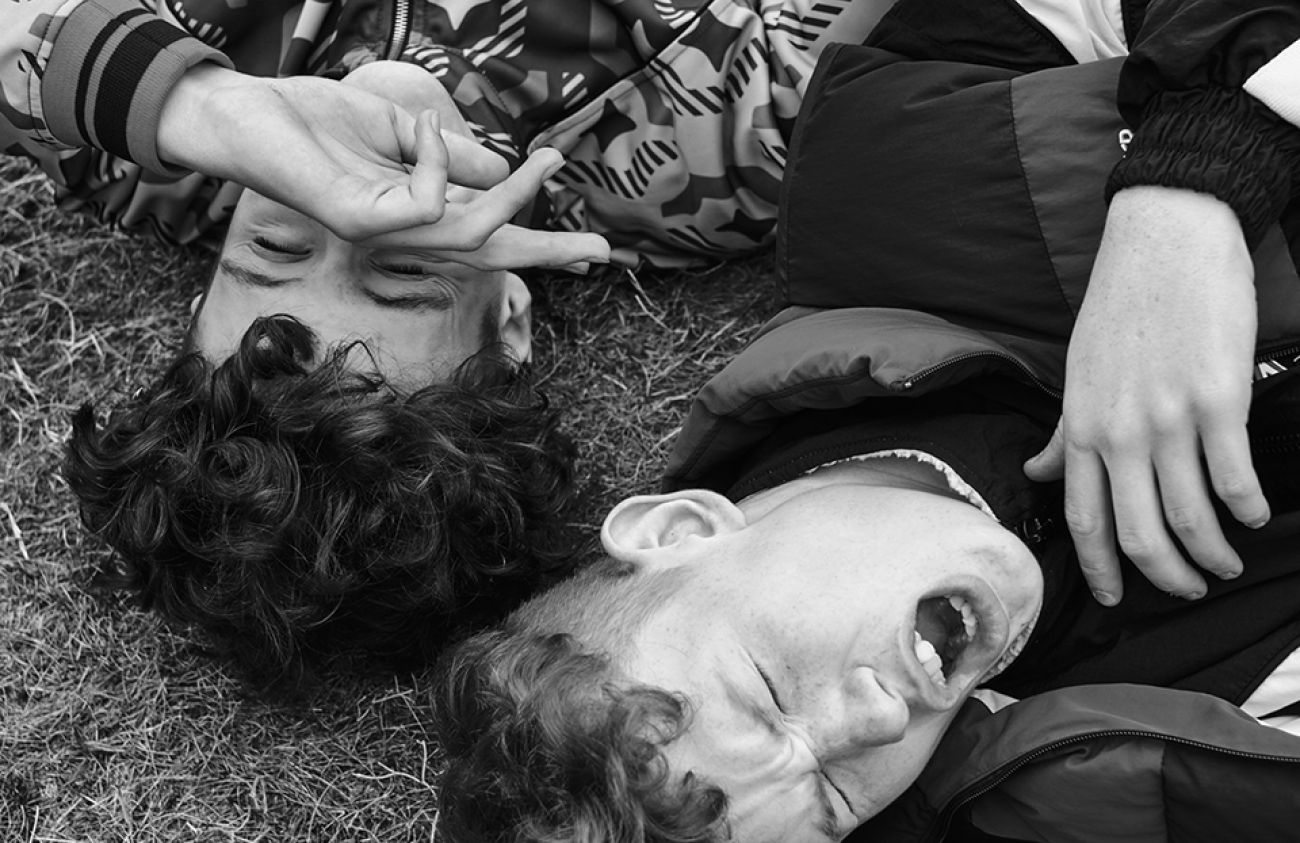 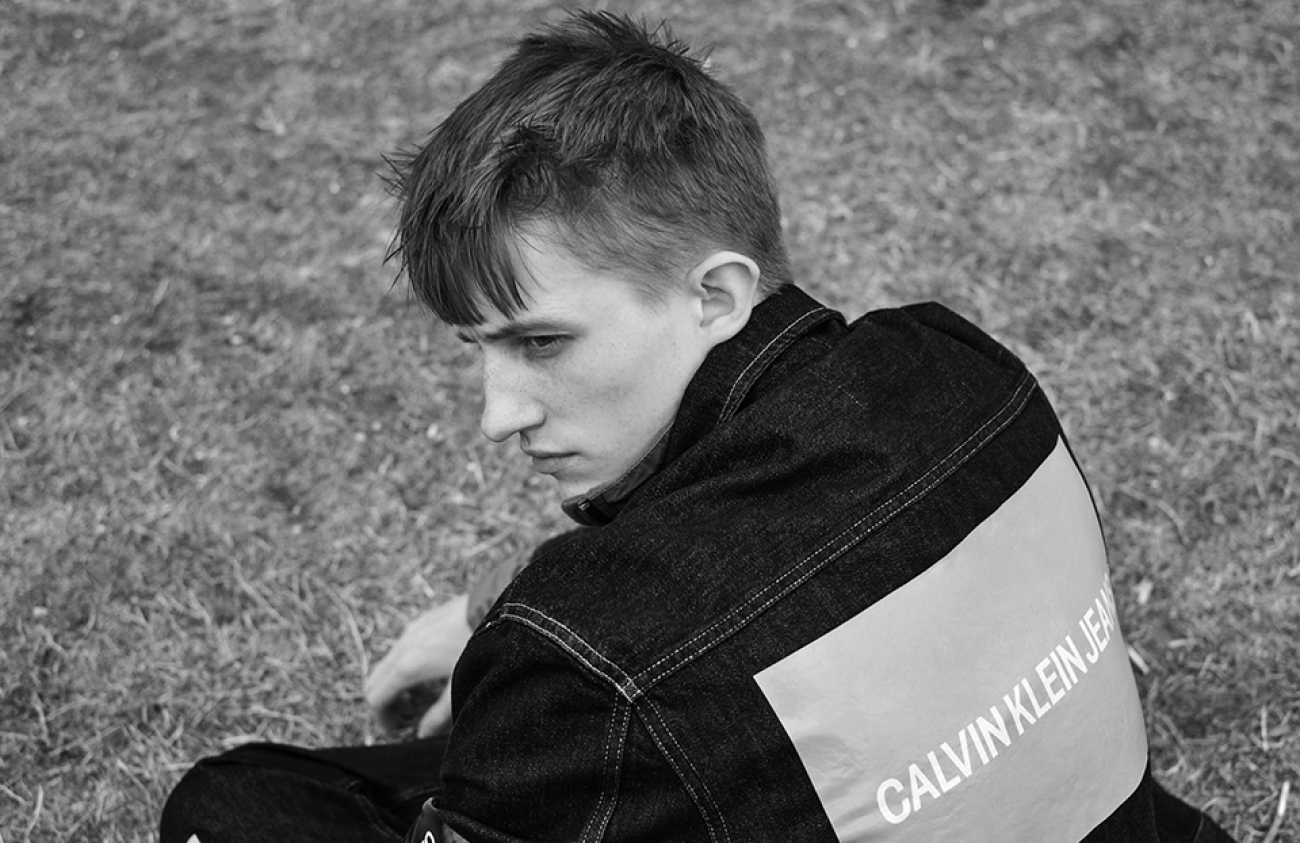 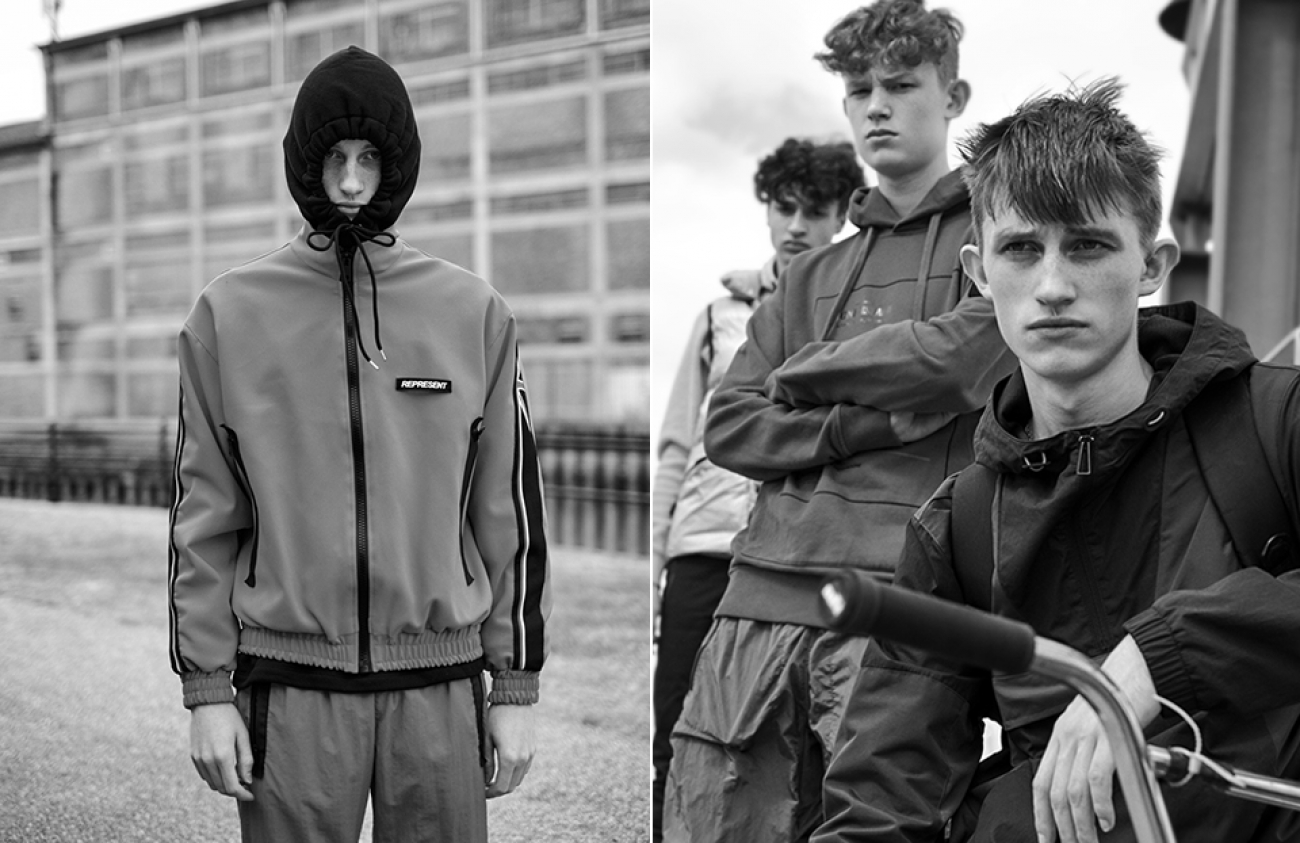 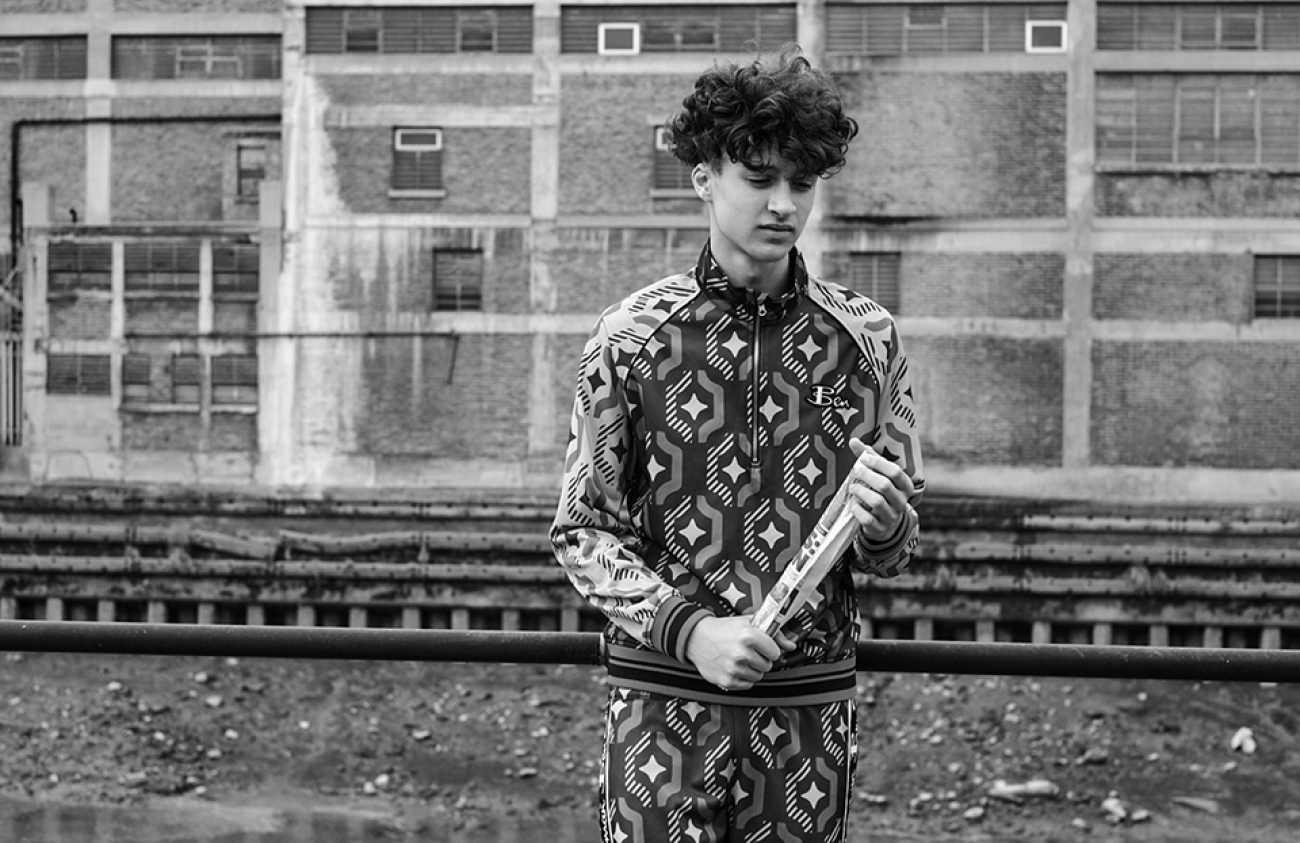 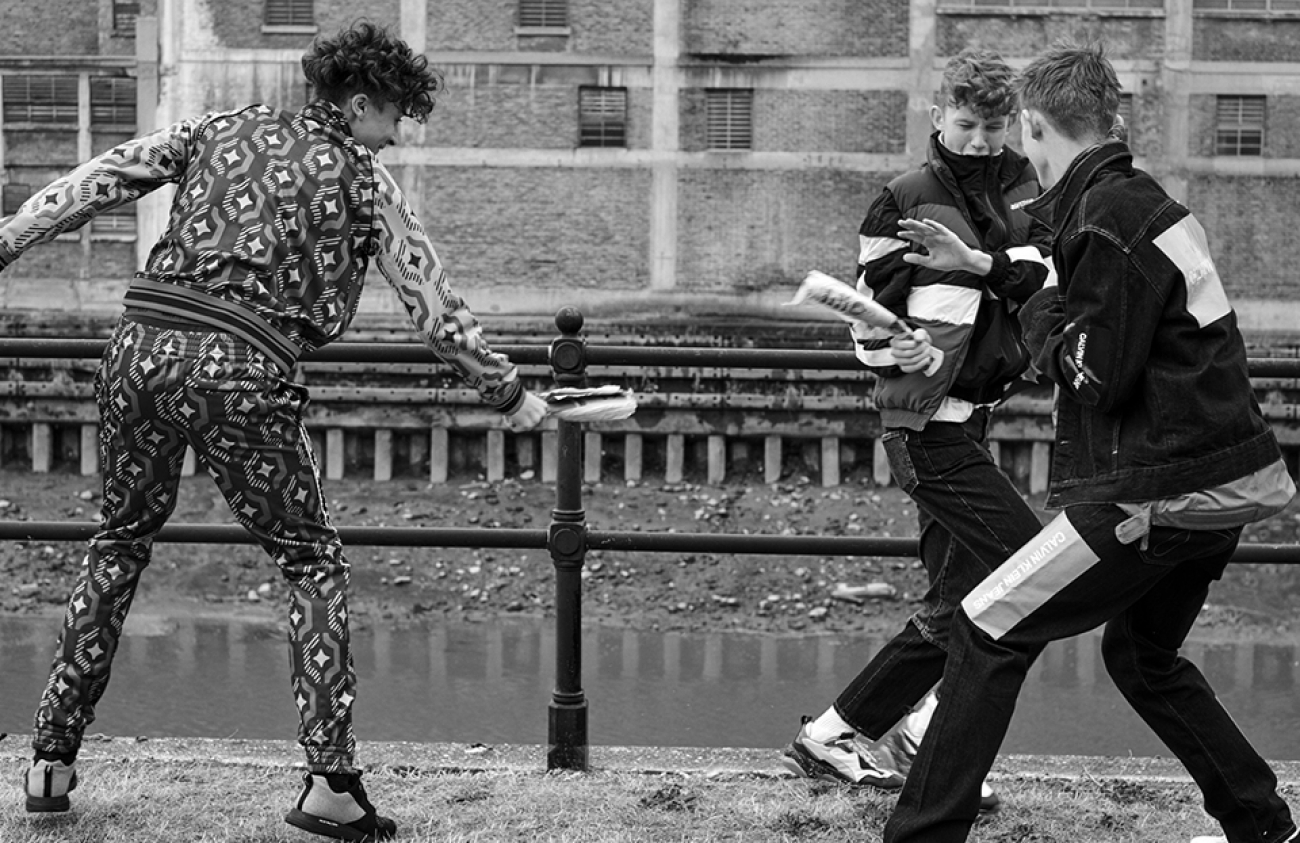 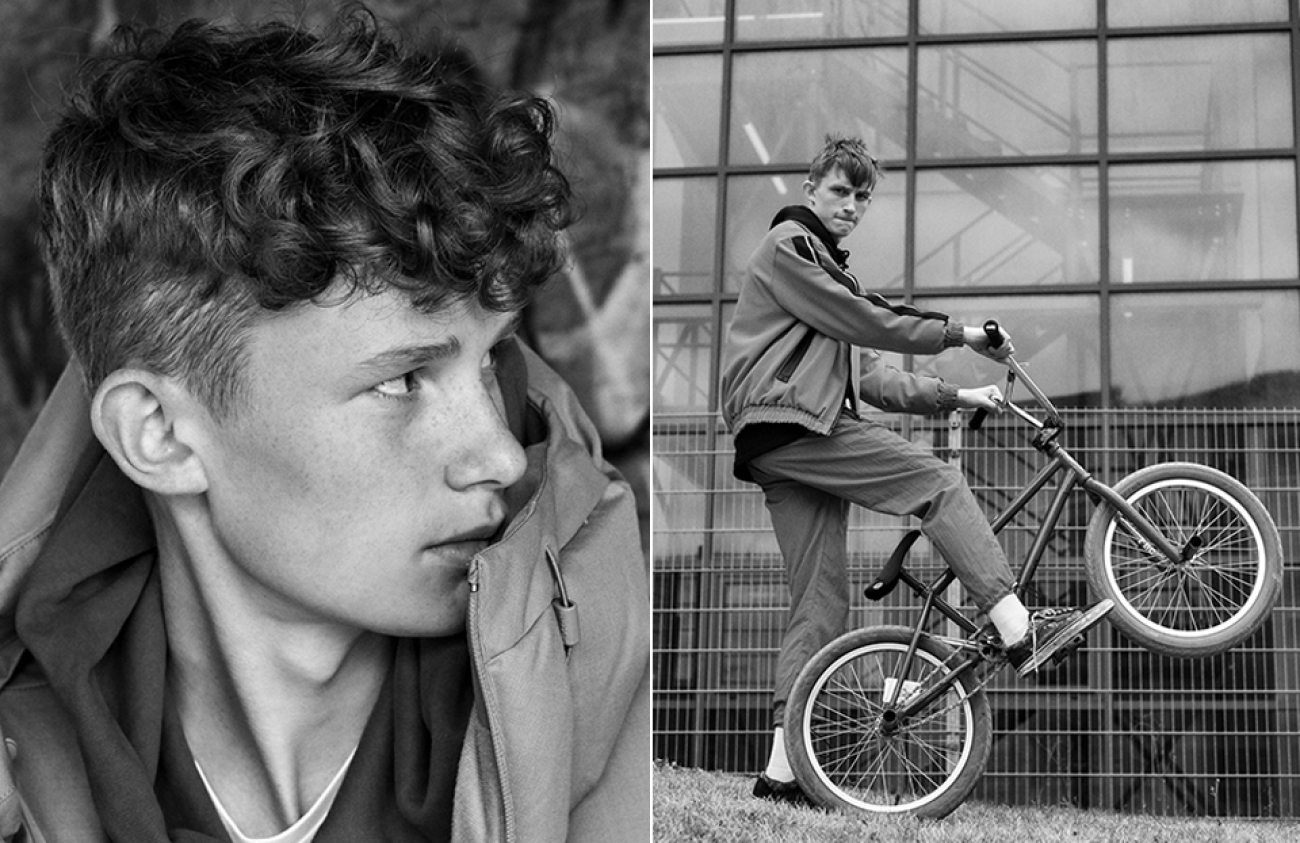 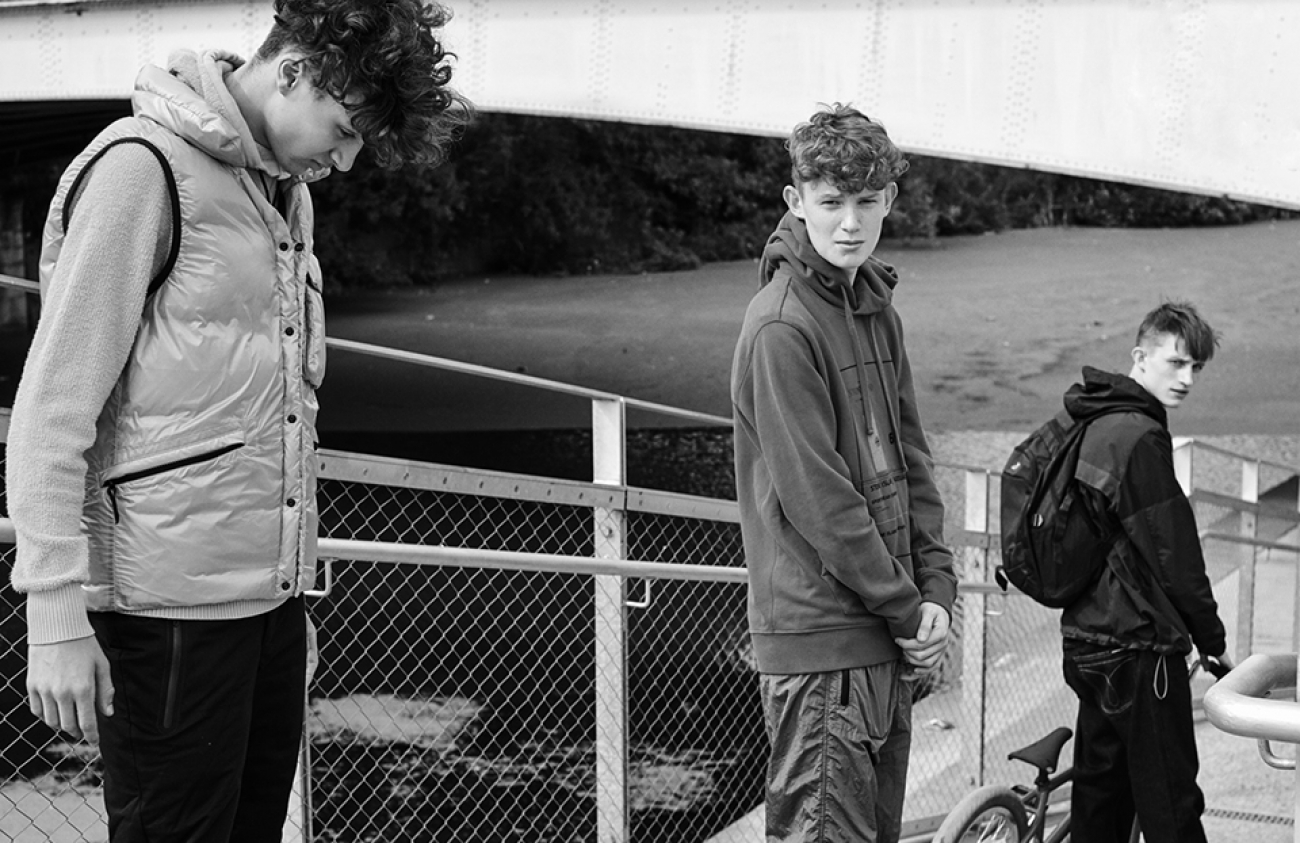 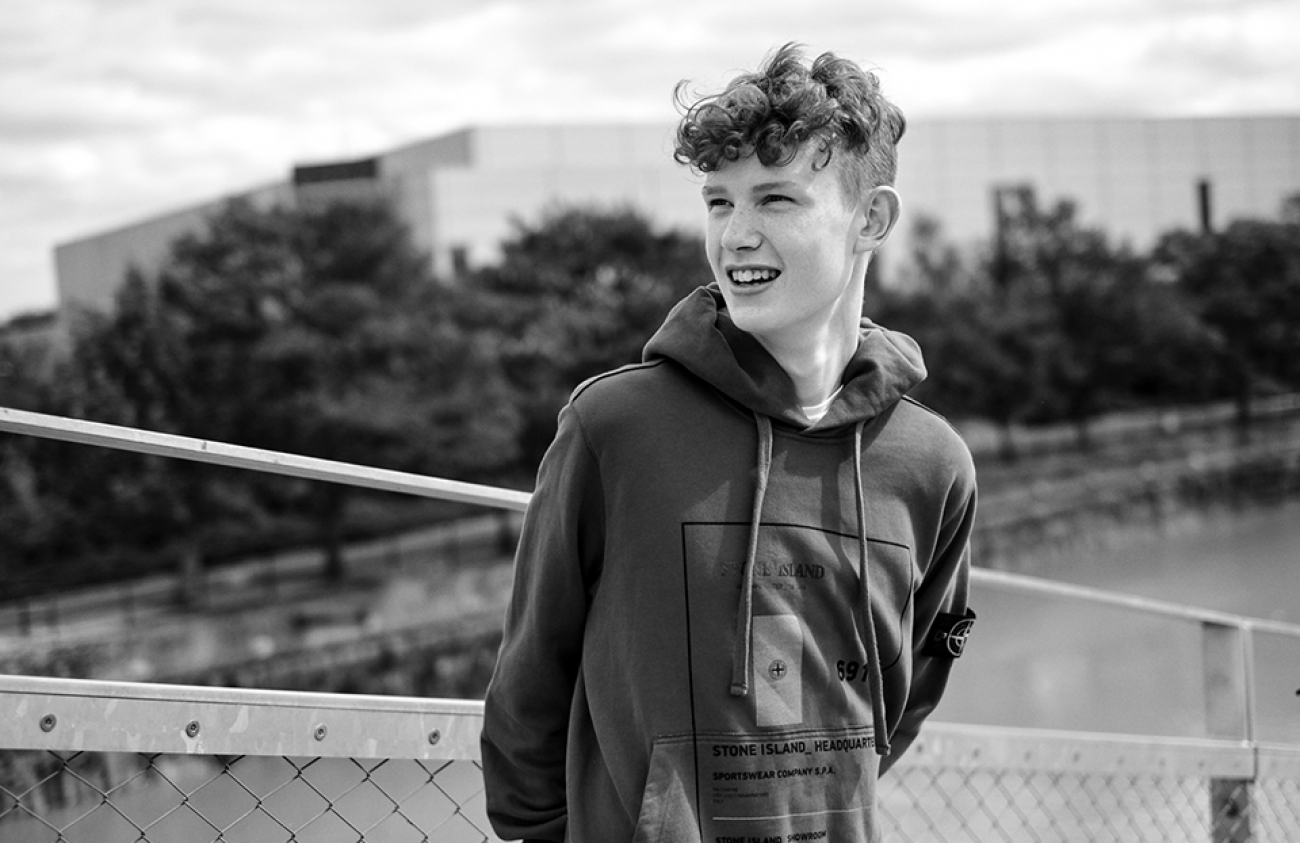 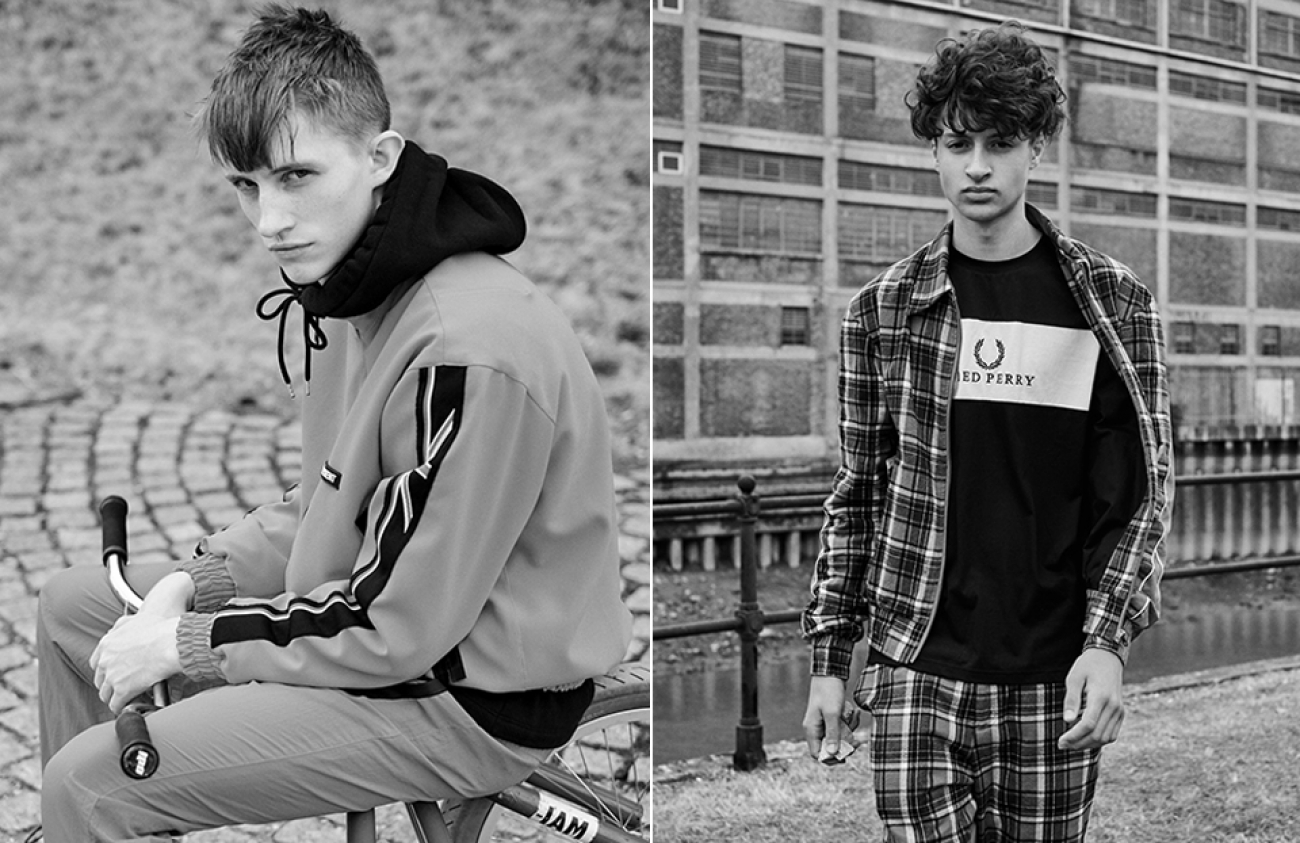 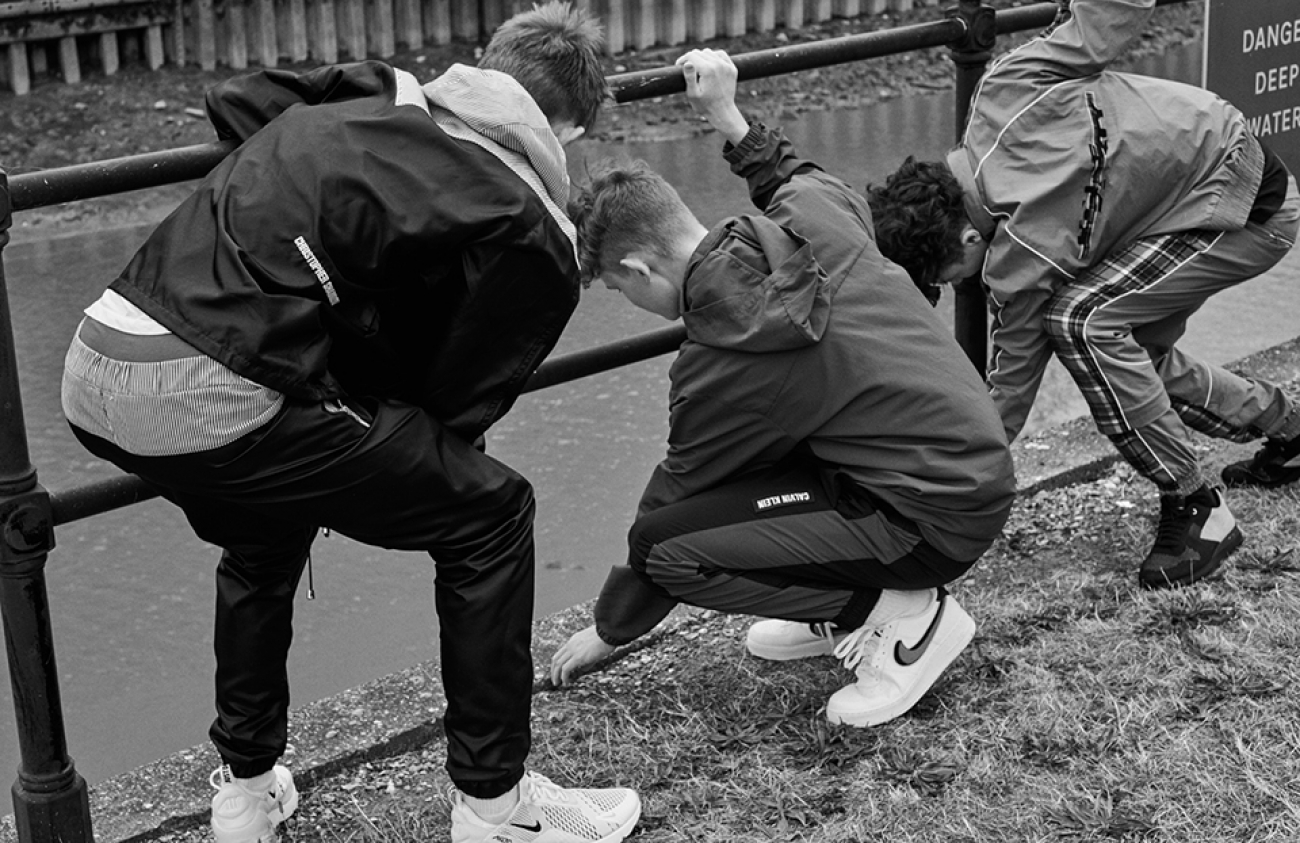 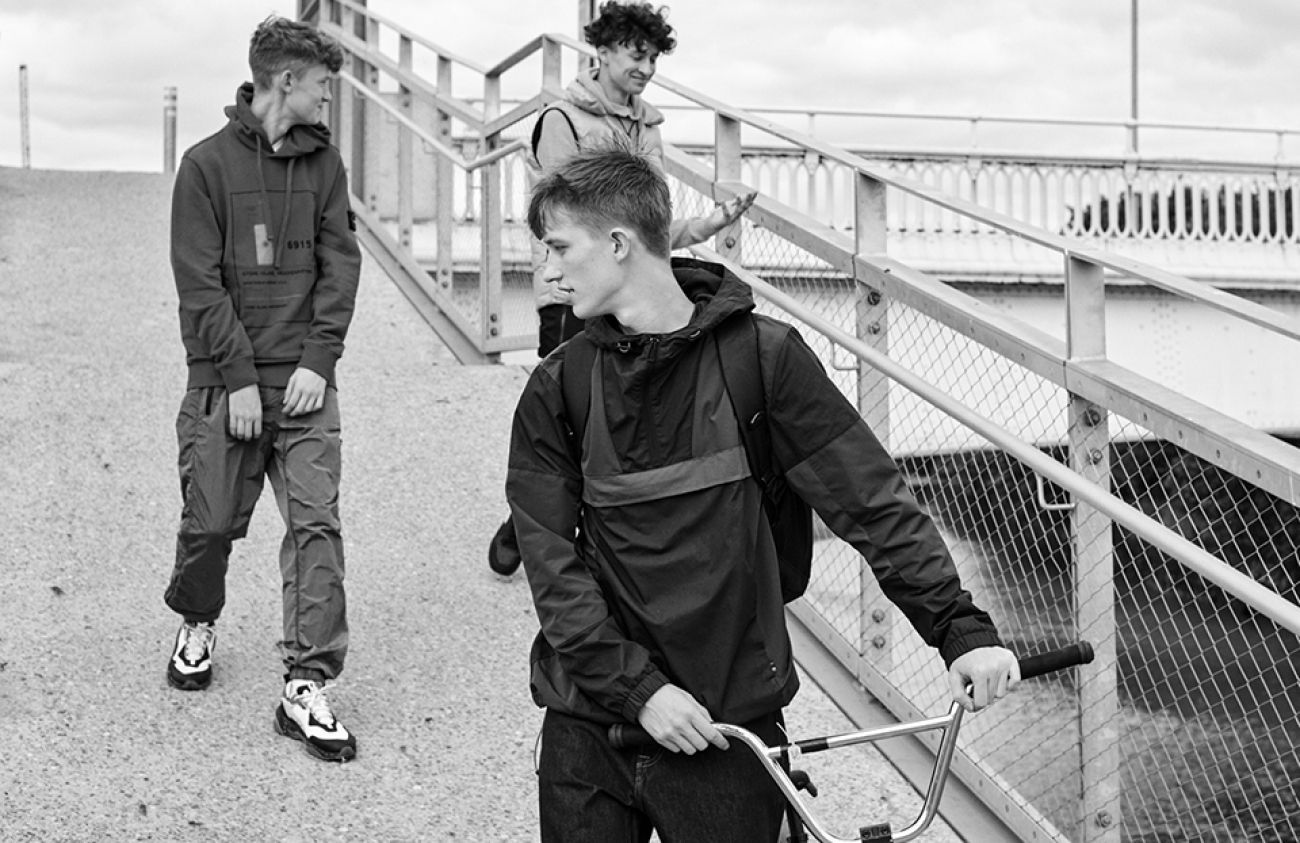 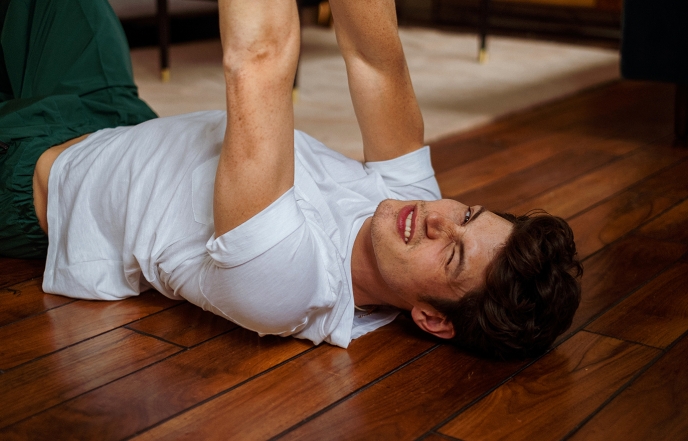