The City of Angels

Skateboarder Andrey Tarasov is captured by Sarah Charlie Benjamin in a run down Southern Californian neighbourhood.

Amongst carbon dioxide, worn out delis and fast-paced highways, Los Angeles holds onto its shimmery idea. Abandoned houses and washed up people versus Rodeo Drive and Studio City - it’s a juxtaposition of elements. The City of Angels is made up of stars, gangsters and civilians, but then there’s also skateboarder Andrey Tarasov, who is given permanency by photographer Sarah Charlie Benjamin. He pulls his modern 90s locks aside to unblock his vision, as he's got the raw suburban streets of LA ahead of him to conquer.

Watch as Andrey commands the environment - skating down the wide lanes of the city. Climbing delis. Leaning against cars that went off the market decades previously. He is the chief of the avenue, beating the SUVs that according to reputation tend to rule this iconic city. Icons and what not’s beside, here it’s just him and his skateboard against the world. He is one of many angels to walk the polluted streets of this La La Land neighbourhood. Everyone has a particular reasoning for taking up residence here - many overwhelmed by narcissism or the need to achieve stardom, but Andrey, on the other hand, is humble.

The determination in his folded arms and the slight hint of a poker face, stop everyone from completely intruding on his emotional landscape. Stylist Amanda Mariko mixes vintage and independent labels to create a look that doesn’t go by the books. She let's him be comfortable in his quest, but also provides him with that slight edge, which underlines that he doesn’t belong in run down suburbia. It’s temporary. 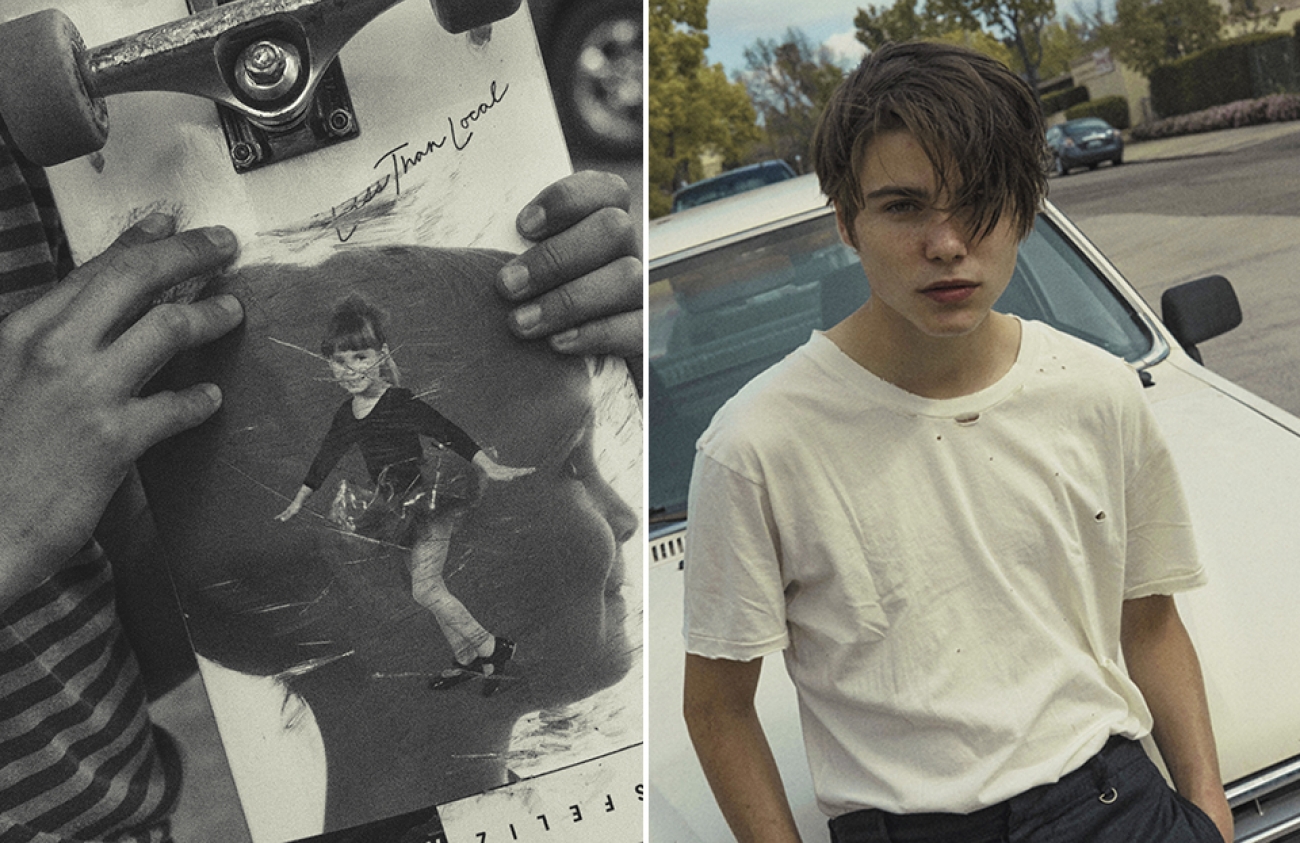